Support: Jeff Lange and his work

Midfielder for Imperial Pint Football Club who loves to get into the offense. Some may call him a striker

I currently reside in Decatur, Georgia with my family. 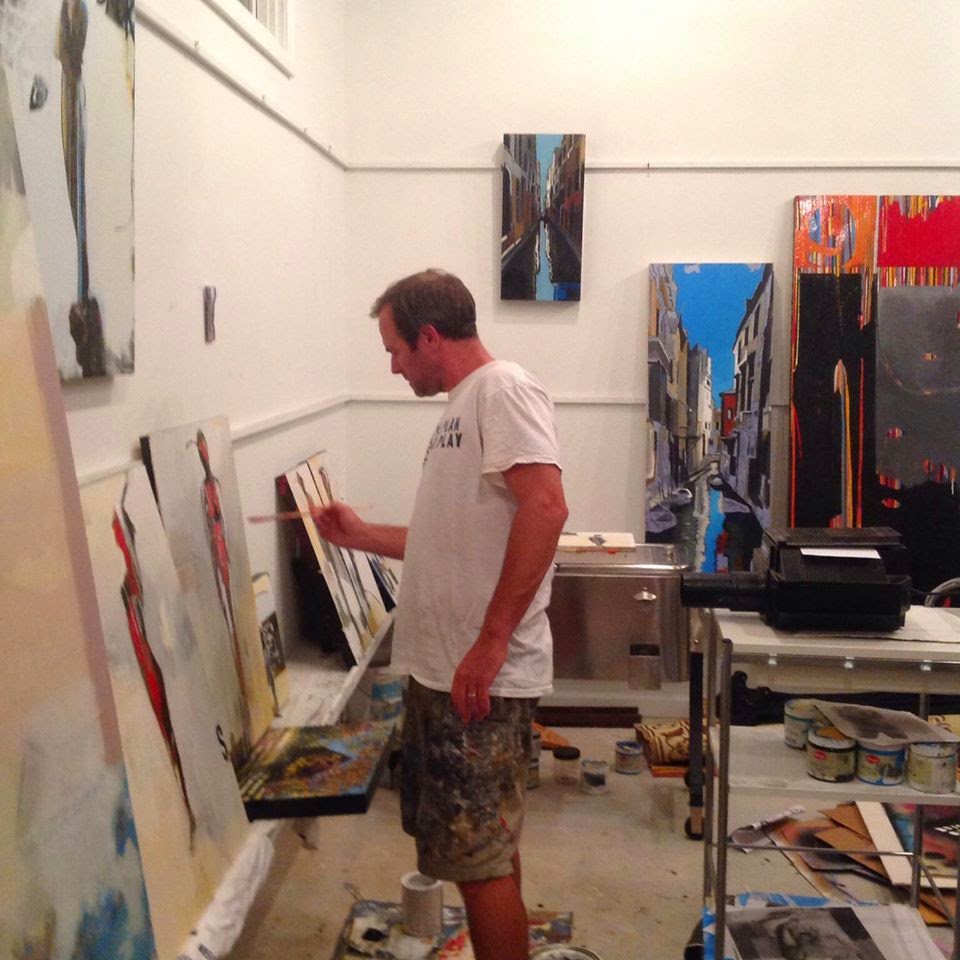 I was born in 1970 in Leesburg, Virginia. The youngest of three sons, I am from an artistically inclined family. I graduated from Winthrop University. After graduation from college in 1992, I moved to Atlanta where I worked as an assistant to my brother, T. L. Lange. Several years later, I made a move to the mountains in Andrews, North Carolina. I chose this environment to escape the distractions of civilization and to focus all of my energies on becoming a better artist. This is where my love for painting landscapes came alive. In 1999 I moved back to Atlanta to pursue my art career with new inspiration. I have had many successful shows and two sell-out solo exhibitions in 1999 and 2001. In 2003 I starting painting figures again and developed a personal style with a build up of layers in a chaotic approach. In 2004, I had a “two man” show at the Spillar Vincinity Gallery in Jacksonville, FL. Since then, I have been featured in Delta Sky Miles Magazine, Southern Living’s Idea House and I am in the book titled “100 Southern Artists” by Ashley Rooney, published in 2012. I have had many solo and group exhibitions in Atlanta, Greenville, Jacksonville, Tampa and Las Vegas. My artwork has appeared in major motion pictures including: “One Missed Call”, “What to Expect When You Are Expecting” and “Why I Got Married Too”. My paintings will also be seen in a new TV series called “Being Mary Jane.