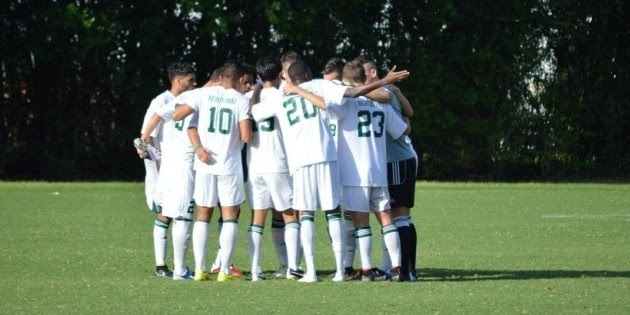 Men’s Soccer remains the first team in school history to claim the No. 1 spot since Softball was ranked No. 1 in May of 2005.  The Night Hawks remain unbeaten in 25 of their last 26 games.  TU has been ranked within the top 25 during the last nine straight polls.  Thomas University is one of five teams in the nation to remain undefeated in the 2014 season.

Head TU Soccer Coach, Ricky Zambrano commented on the achievement, “It is another step in the process.  We are honored to receive the recognition and must keep working towards our ultimate goal.  For now, we will continue to zero in on what is important, win #3 in the TSC.”

TU looks to collect their 14th straight win or tie, as well as remain unbeaten in conference play as they take on Webber International Thursday, October 2nd, at the Thomas University Soccer Complex at 2:00 P.M.