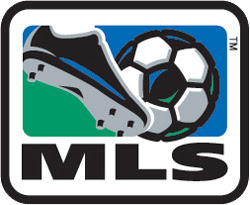 Corey Langley
With the addition of a Major League Soccer franchise in the Atlanta market, many are left wondering what will happen to the North American Soccer League’s Atlanta Silverbacks. Time and time again, talk of the club shutting down or relocating seems to come up. While, yes, it is an option, it may not be the only option. With the right kind of ownership, Atlanta may be large enough to handle two professional clubs.
First, to understand the situation entirely, it is important to understand what’s happening with the Silverbacks at the moment. In late 2014, the NASL announced that it will operate the Atlanta Silverbacks for the 2015 season. However, with this saving grace, some uglier details emerged. The NASL do not hold the rights to the Silverbacks name or logo. They also pay rent to play in Silverbacks Park, making a rebrand and relocation necessary eventually.
So, what would make an owner want this franchise? It doesn’t come with anything! In essence, the NASL Silverbacks will simply be thrown out the window. The NASL is selling, as it should, an opportunity for a franchise in the Atlanta market. This creates it’s own question. Why would the NASL want to stay in town with MLS, though?
There is no doubt that MLS Atlanta will be successful. Heck, the team has already sold over 19,000 season tickets (though, that it is only a down payment). With that comes the whole Major League Soccer marketing campaign. That means guaranteed nationally televised games during the season, a new stadium to play them in, and names everyone knows (like Technical Director Carlos Bocanegra).
Though, even with a successful MLS franchise, there is still room for a NASL club. Just look at some more attendance figures. In 2014, the United States Women’s National Team game against Russia had an attendance of over 16,000. Only one game (on home soil) during 2014 had a higher attendance – The game against Canada in Texas. 16,000 fans made their way to the Georgia Dome immediately after a blizzard had occurred. While those up north may laugh at the mention of a blizzard, it was an incredible amount of snow for Georgia.
The Mexico game against Nigeria brought over 68,000 fans. Over 54,000 fans came out for Mexico’s Gold Cup game the year before. How does that compare the United States Men’s National Team? In 2014, only one USMNT game attracted more than 55,000 fans. The opponent? Mexico.
Many (outside the state of Georgia) consider Atlanta to be a bad sports town. However, by looking at these numbers, it is easy to see soccer is popular. That’s not all, though.
Forbes.com named Atlanta as the 12th fastest growing city in 2014. US News placed Atlanta in their 10 Best Places For Tech Jobs. In her article titled 2014: When Hollywood got nervous, Ellie Hensley of the Atlanta Business Chronicle says “Georgia is now the third-busiest [film and television] production hub in the United States, behind California and New York, and the industry is projected to double in the state in the next two years.” governing.com ranks Georgia 8th in percentage of millennials (which many consider to be the key soccer demographic). According to usyouthsoccer.org, Georgia ranked fifteenth in youth soccer participation as of the 2013/2014 seasonal year. The state also ranked 4th in its region.
The city of Atlanta is booming. The fans are here. Both teams, MLS Atlanta and the new NASL Atlanta, just have to work on their conversion rates.
So, again, why would an owner buy an NASL franchise when MLS competition is definitely happening? Because, if marketed well, an NASL franchise (while not restrained by the salary cap) has enormous potential. To be sure, it would take an owner who is either completely crazy or undeniably ingenious. But, for fans clamoring for the “Euro experience”, the North American Soccer League offers just that.
The NASL and Atlanta have a longstanding relationship. Atlanta has had a franchise operating in the each of the league’s inaugural seasons. The original Atlanta team, the Chiefs, even inspired a South African club into existence.  The league and city are connected, and they should be.
Atlanta just needs the crazy owner it deserves.