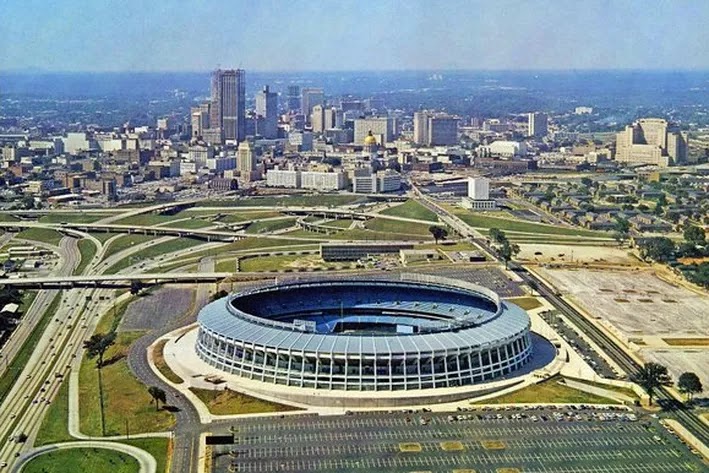 this date in 1966, the Atlanta Braves received ownership rights to a franchise in the newly announced National Professional Soccer League. Professional soccer in Atlanta was officially born fifty years ago today.

Pro soccer in Atlanta has had a bumpy ride in the fifty years since it was born, but it was not exactly easy to even get to this day fifty years ago. College soccer was reborn in the state with Emory University launching a varsity program in 1958. High school soccer was recognized as an official sport in 1965, with Westminster winning the first official state championship in the spring of 1966 over nineteen other schools who participated. Organized youth soccer was non-existent during the summer of 1966.

After their first year in Atlanta in 1966, the Braves announced a $900K profit. Coming off the heels of a $1.5M loss in 1965 in Milwaukee, the club was in a position to invest in pro soccer.

Bill Bartholomay was the chairman of the Braves and the driving force behind their move to Atlanta. Upon the announcement of the soccer team, he told WSB-TV:

“We’re very excited about it. The Braves have decided to go into soccer with eight other cities. We’re going in a major way because Atlanta is a major league city.
In my opinion, it’s just a question of time until soccer has attained the popularity in this country as it has in virtually every other place in the world. If we can reach that goal, of course we want Atlanta to be part of it.

Bill Cox and Robert Hermann held a press conference in New York on May 10 to discuss their plans to launch the first nationwide professional soccer league in the U.S. Atlanta was included as a prospective location for a franchise. The American Soccer League was still operating at this point, but was at best semi-professional and limited to ten Northeastern clubs in 1966.

Things became complicated as two other groups went on to launch bids to operate professional soccer leagues in the U.S. The U.S. Soccer Football Association, the sport’s governing body in the United States with a two person staff, tried to get the groups to merge their plans together unsuccessfully. Both the USSFA and FIFA saw that more than one league would kill any momentum soccer was having at the moment.

However, this was also a time in professional sports in the U.S. that saw Major League Baseball begin to expand to head off the launch of a new league. Both the National Football League and National Basketball Association were also expanding, but both were dealing with competing leagues at the time as well. The American Football League would eventually merge with the NFL and a few American Basketball Association teams joined the NBA in the 1970’s. Professional sports was booming and everyone wanted their piece of the pie. Businessmen saw soccer as an opportunity and were not interested in merging for the betterment of the sport.

Cox had operated the International Soccer League in the summers of 1960-1965. The model was somewhat like today’s International Champions Cup that has found great success. Hostility with the USSFA over licensing fees led to the competition folding after the 1965 edition. Cox was undeterred and made plans to launch a true American league called the North American Professional Soccer League.

Richard Millen, a lawyer from Los Angeles, was also interested in the business of professional soccer. His plans to launch a league called the National Soccer League were presented to the USSFA, but little is known about them.

Jack Kent Cooke, owner of the Washington Redskins, formed a group of other owners from the NFL and MLB and called it the North American Soccer League. It was later changed to the United Soccer Association to avoid confusion with the National Professional Soccer League.

The USSFA formed a committee to study the presentations and to recommend which league should receive sanctioning by the national governing body.

Cox, who had been banned for life from baseball in 1943 when he owned the Philadelphia Phillies and bet on his own team, did not want to wait and drew the ire of the USSFA when he continued to make announcements about his NAPSL. His long term feud with the USSFA over his International Soccer League did not help his cause either.

On July 30, NBC television broadcast the World Cup final from London that saw England defeat West Germany 4-2 in extra time. Ratings and interest surprised everyone, and only accelerated the race to launch professional soccer in the United States. Some have said that this broadcast started the whole soccer boom, but that is not true. Plans were already in motion for the three leagues, the broadcast only gave the businessmen chasing professional soccer bigger dreams.

This was the landscape of the American soccer world that Atlanta was joining. It was chaotic and filled with in-fighting between the federation, prospective owners, and the prospective leagues. Everyone wanted their piece of what they thought would be big business. On this date fifty years ago, Atlanta became part of that landscape.