Students from the Flood and Beta Clubs at Centennial High School initiated a service project at Michelle Akers Horse & Outreach Program. On May 2, 2015 members from the two Clubs, as well as members of FC Georgia United, met at Michelle’s farm in Powder Springs, GA, to work on several needed projects. These included repairing gates and fencing; installing plywood sheets in the hay barn and general landscape cleanup.

Once again, there was flooding in the stables after the recent April rain. Unfortunately, there is a constant need for repairs due to water damage and lost equipment. FC Georgia United will continue to help as much as we can this year and in the future.

FC Georgia United is a charitable organization whose members have a common interest in playing soccer. Male members are all 50+, with many in their 60’s and even 70’s. Our lady members are 40+. FC Georgia United will be holding fundraising events again this year to help Michelle and other worthwhile causes. If you are interested in joining our Club or just want to get involved please contact: Steve Lang, Chairman, Charity Committee at slang02@bellsouth.net. 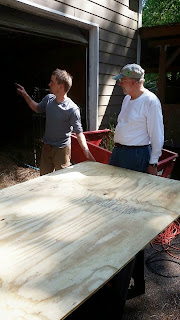 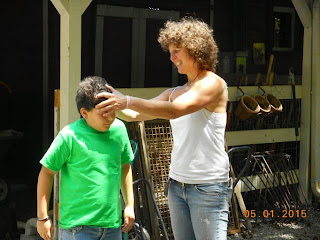 For information about Michelle’s Horse Rescue please visit her website at: http://michelleakers.org/horse-rescue–outreach-inc.html.

Michelle was a member of the first USA Women’s National Soccer Team (1985 – 2000, 153 Caps,105 goals/37 assists/247 point) and went on to become one of the best, if not the best, female soccer players in the world. Her list of many accomplishments is extremely long including FIFA Player of the Century; FIFA Merit of Honor 1996; record goal scorer FIFA World Cup with 10; FIFA World Cup Champion 1991 and 1999; FIFA Golden Boot Winner; Olympic Gold Medallist 1996. In 1990 and 1991, she was named USSF Female Athlete of the Year.

Michelle conducts team and individual soccer training. Anyone interested in having their youth team trained by one of the best ever, you can get more information and contact her through her website: http://michelleakers.org/ 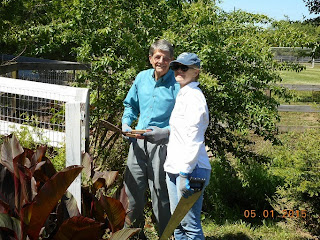