ATHENS, Ga. — Henry Zapata has joined the UGA soccer staff as a volunteer coach and will work primarily with the goalkeepers, head coachSteve Holeman has announced.
Zapata comes to Athens after serving as an assistant women’s soccer coach at the College of Charleston since May 2011. Previously, he was a volunteer coach at his alma mater, the University of Illinois. 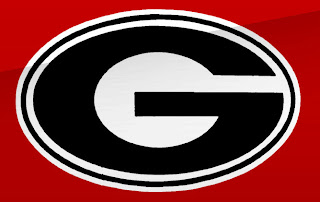 “Henry has been a fantastic addition to our staff and we are all excited to have him on board,” Holeman said. “He brings a lot of experience and energy to the field and will be instrumental in our success moving forward.”
Zapata has additional coaching experience at the club level for both SC United Mount Pleasant in Mount Pleasant, S.C. (girls and boys U13-U18) and the Little Illini Soccer Club in Champaign, Ill. (girls and boys U14-U18).
Zapata holds a USSF National “C” License. He graduated with a bachelor’s degree in broadcast journalism from Illinois in 2008 and a master’s degree in Sport Management, also from Illinois, in 2011.
“I’m glad that I have received an opportunity to work with one of the best staffs in the country and one of the best programs in the country,” he said. “I’m looking forward to learning a lot of from Coach Holeman and helping this team win an SEC Championship. I’m excited to be a Dawg.”