LIVERPOOL FACES MANCHESTER UNITED, PREDICTIONS AND THE THOUGHTS OF A LONDON GEEZER LIVING IN MARIETTA 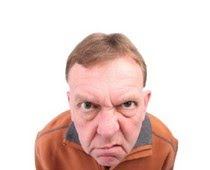 My name is Trevor and I recently joined Atlanta Soccer News and have been given the assignment of covering this week for Jacob Hoffmeister. Jacob will be back next week when he return from his “sabbatical”. We call it a vacation.
I am a Londoner living in Marietta, Georgia. As a former Torquay United player and coach, I was asked to do commentary for Atlanta Soccer News. I guess they think i have something to say.
Ah, Fall. Or autumn, as we call it in the old country. Except in the old country (England) it looks and feels pretty much just like summer, winter or spring. Grey, rainy and a bit chilly… But – it’s the home of football, what you call “soccer”, and uniquely suited to its charms. There is nothing to match a real mudfest, where if you are really getting stuck in, by 60 minutes in you can’t tell the white team from the blues.
Here in sunny Atlantaland, it has the feel of clear blue skies with just that touch of fresh chill and gentle change of tree colour that sends a little wave of excitement, anticipation or some such thing that gives you a real appetite for the game. As we find ourselves a handful of games into the season, even the old geezers of the 30s, 40s, 50s and more have just an extra slight spring in the step and the feeling that there’s plenty of the season left and even if they’re a game or two down it can all come good with a little thought about the team shape, the tactics, maybe even some extra practice or gym time. And so, much serious discussion and strategy time begins to be spent down the pub, for the good of the team, the league and the game generally. Doing God’s work here…! Because, after all, it is God’s own game. As I remember, Genesis said something about Him creating the heaven, earth, light and dark, and then football. And it was good. Obviously, God was watching Spurs and Arsenal or perhaps Man U and Barcelona in the Champions League.
In any case, the time of the season is perfect, we have some pitches that are in reasonably good shape, and we haven’t picked up too many injuries yet. Let the good times roll!!!!
Speaking of good times, I had the grandest time last Saturday at Diesel Pizza in Roswell where I had the pleasure of attending my old mate’s, Alan Vaughn, gig. If you dont know him, he is the frontman of theBig Chicken Beatles Band. They played all my favorite Beatles tunes that I grew up listening to. I really do miss the Beatles. Has anybody seen the HBO documentary of George Harrison? It made me a little weepy.
Back to Soccer. Please excuse my mind wandering. This week’s featured game is simply massive. Liverpool v Manchester United eternal rivals. Sir Alex brings his troops to enemy soil. The home atmosphere at Anfield has the potential to inspire the Reds to record a victory over Manchester United on Saturday. That level of noise can give anybody an advantage. I believe King Kenny will use it to his advantage. Expect a pk in favour of Liverpool. My opinion: I don’t think that that ManU players will be intimidated and will win 3-1.
This week in PTS Atlanta, we saw Weaux vault to the top of the table with back to back stellar weeks. He surpassed fellow Englishman Phil Teeling and his Roswell Red Devils. ( I wonder who he is supporting this weeks megagame in the EPL) He also surpassed the current champion Quique Lopez. Jacob Hoffmeister told me that Weaux is still angry at him for calling him a “perennial cellar dweller”. Anger and hate has never been enough to inspire anybody to long lasting success. I wonder if he can maintain the intensity. I wonder what the international break will do to cool him down.
Third in line is Markaroni. Who is Markaroni? Where is he from? Strange name but reaching third is not easy…strange but not stupid. Hopefully Jacob can find a little info on Markaroni for next week’s post.
Enjoy your football!