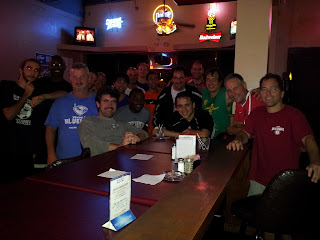 Panorama Press and Media First will be conducting a networking event tonight at Ralph’s Tavern on Bells Ferry Rd in next to I-575 from 10pm-11:30pm. ( After Soccer ) We welcome those in the soccer community to introduce themselves and their business interests to the soccer community. The Goal is to bring awareness to members of the soccer community and to help them enrich their professional endeavors. Bring business cards.
Do you have a business? Do you want to start one? Come and join us and get assistance from your friends. Our community consists of business leaders ready to help.
Want to give back to them community? Come and help someone!
Call 770-882-5911 for more info…see map below