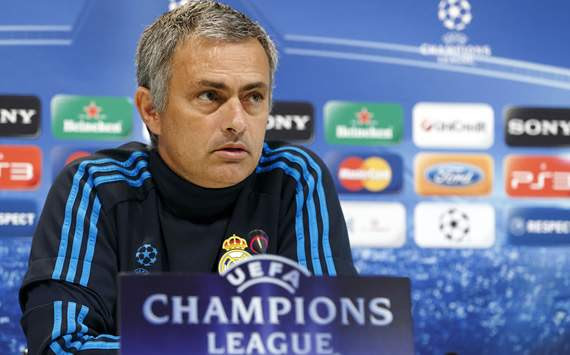 Getty Images
Real Madrid coach Jose Mourinho has criticised Pep Guardiola as he feels the Barcelona boss is trying to sell an image of perfection.
DON’T MISS
Mourinho and Guardiola have had a number of public spats since the Portuguese’s arrival at the Santiago Bernabeu in 2010, and the Madrid boss has now taken another dig at his counterpart as the Catalan gets set to step down in the summer.

The former Inter boss then went on to hail his own accomplishments in the game, while underlining the importance of beating Barcelona to the Liga title this term.

“No coach has won a league title in the three major leagues [England, Italy, Spain]. It was an objective that I had. It is an unbelievable achievement both professionally and on a personal level.

“My target in life is not to beat Barca. I have also lost to Barca and to lose to them doesn’t make me any sadder than to lose against Bayern.

“Winning the Liga title this year was important in terms of interrupting their winning cycle, though.”

Mourinho concluded by once more insisting that he is keen to stay in the Spanish capital.

“I have two seasons left with Real Madrid and myself and my family are happy to have that stability.”

The 49-year-old coach has won a Primera Division crown and a Copa del Rey title during his two years at the Santiago Bernabeu side.