NO MORE SILVERBACKS! THE NORTH AMERICAN SOCCER LEAGUE ANNOUNCED MONDAY THAT IT HAS SUSPENDED ITS OPERATION OF THE ATLANTA SILVERBACKS FOR THE 2016 SEASON 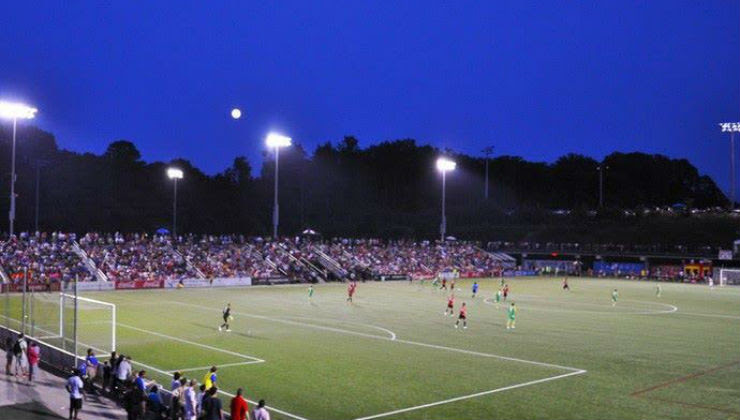 The North American Soccer League announced Monday that it has suspended its operation of the Atlanta Silverbacks for the 2016 season and possibly beyond.
“The goal all along has been to secure committed local ownership in Atlanta, but despite significant conversations with a number of interested parties, we were unable to identify a group that could lead the Silverbacks in a direction consistent with the rest of our clubs,” NASL Commissioner Bill Peterson said. “It’s unfortunate, and particularly sad for the Silverbacks’ passionate fan base, which has supported the club tremendously throughout the years.”
Originally founded in 1998, the Silverbacks joined the NASL for its inaugural season in 2011, and were operated by the league last season while it searched for a long-term local ownership group.
“We have made incredible strides in just five short years, and one of the key pillars of our league’s growth and improvement has been the emergence of a group of committed owners who believe in the long-term NASL plan,” Peterson said. “Unfortunately in Atlanta – a market we continue to believe could be successful in the NASL – there wasn’t an ownership group identified that met the very specific standards we hold ourselves to as a league.”
Silverbacks President and General Manager Andy Smith, who had been with the club for four of its five NASL seasons, took a moment Monday to speak on behalf of the organization.
“This is obviously a disappointing day for anyone that has been involved with the club over the years,” Smith said. “The organization created some great memories for the city of Atlanta and its soccer fans, but as we all know, you need ownership to continue on. We appreciate all of the time and effort the league and its owners have invested in their search for long-term Silverbacks ownership – they truly turned over every rock in the process. On behalf of the organization, I want to thank all of our staff members, players, coaches, partners, and most importantly fans for their loyal support.”