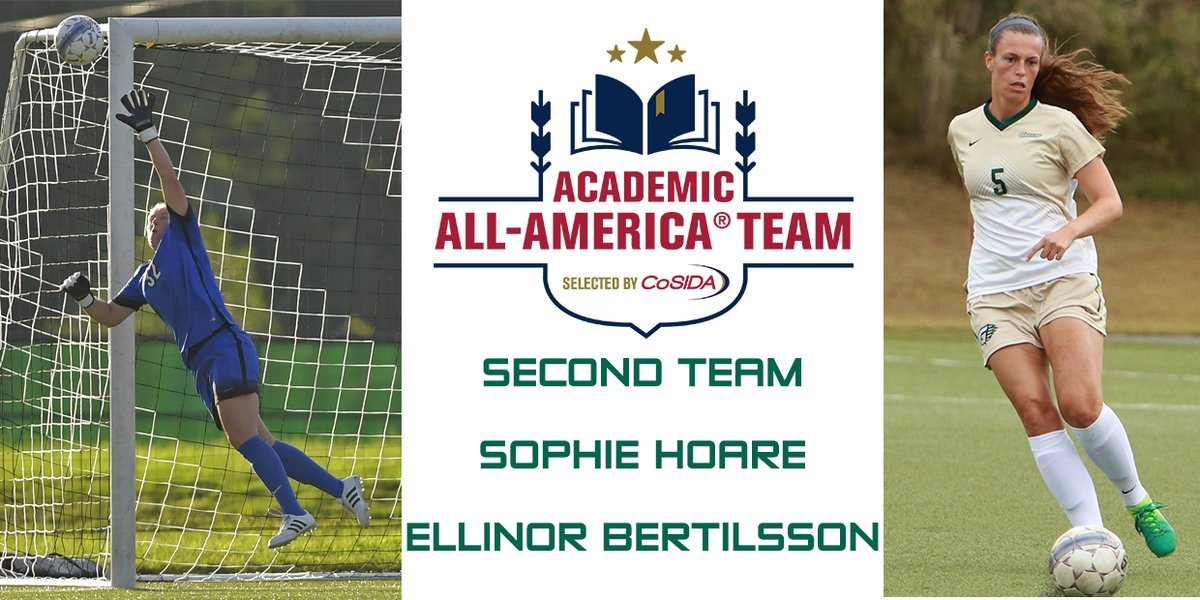 The College Sports Information Directors of America (CoSIDA) selected Sampaio Gomes as a first-team men’s soccer Academic All-American. This makes him the first Georgia Gwinnett College student-athlete to earn that honor. Just like Sampaio Gomes, Bertilsson and Hoare are also the first GGC women’s soccer players to earn Academic All-American honors. Because of the honors that these students received, this becomes the second consecutive year for GGC to be recognized by the program.

Student-athletes compete to earn the title of Academic All-Americans. Competing students should have at least 3.3 cumulative grade point average after completing 1 year of college. They should also have competed in at least 50 percent of the games during the past season.

Majoring in business, Sampaio Gomes is second for the Grizzlies by scoring 6 goals and 16 points. With the help of the forward, the team reached the quarterfinals of the NAIA national championship tournament with a 13-4-2 record. In Gomes’ college career, he was able to score 25 goals and tallied 63 points to rank third in program history. He earned the title of Daktronics-NAIA Scholar-Athlete in 2017. He also received an honorable mention as an NAIA All-American in 2016.

Bertilsson is a Junior who is majoring in business. She played in 16 matches as a defender this fall. She also scored the game-winning goal in GGC’s victory over Middle Georgia State University and contributed to 8 shutouts.

A sophomore majoring in Applied Mathematics, Hoare posted a 12-4-2 record in 18 starts as a goalkeeper during the 2017 season, thus earning first-team All-Association of Independent honors. She set a record of four shutouts and had 0.91 goals against average.

Being a student-athlete requires maintaining grade and academic requirements before receiving the award.
They must:

Seven GGC women’s players made it in the list of scholar-athletes:

This year’s scholar-athlete selections for the GGC men include:

To find out more about this story, check out Gwinnett Daily Post.