THE ATLANTA SILVERBACKS RELEASED THEIR 2012 CUSTOM KITS AND CLOTHING LINE ON TUESDAY NIGHT AT A SPECIAL EVENT IN ATLANTA, GEORGIA CREATED TO UNVEIL THE HOME AND AWAY UNIFORMS. 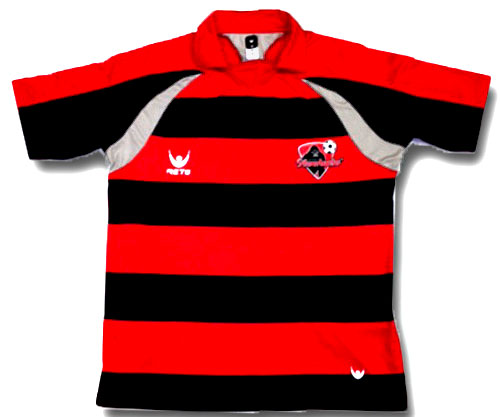 Silverbacks home jersey. Click for larger image
The kit created by Reto, meaning “challenge” in Spanish, is a spin-off ofSAETA USA who the team used for last year’s kit.
The 2012 home jersey was actually designed from scratch by fan Adrian Portillo. His design along with many others from Silverbacks supporters were voted on in Facebook to determine the winner. Portillo’s was the winning design and Reto set out to create the custom kit that has now been revealed.
Click ‘read more’ for more images—> 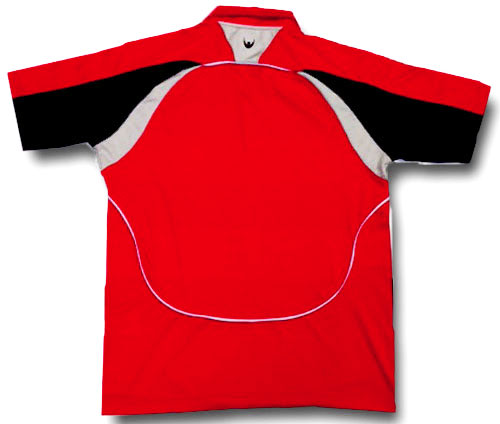 The shirt uses the traditional Silverbacks red with black hoops but only on the front. It also features piping and highlights of gray. The shorts will be black with red trim.
The away kit will be a gray shirt with gray trunks and socks. The away kit also features black side panels with thin black horizontal hoops.
Silverbacks spokesperson Neil Malone said that Reto has even launched a store at Silverbacks Park that is open 7 days a week and will feature many of the Silverbacks new line of clothing. Those designs were also revealed on Tuesday evening and included warmups, polos, t-shirts, hoodies and even a cap featuring a new ATL signature logo that represents Atlanta soccer. Malone said the new logo is designed to draw in not only the soccer supporter but also the non-soccer fan who may just like the look of the logo and clothing. 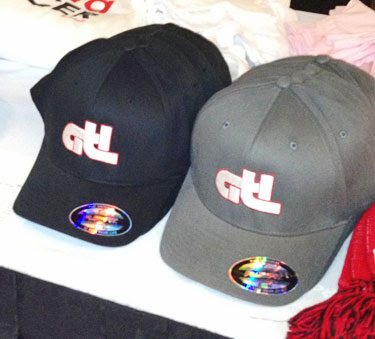 New ATL logo.
Malone explained that the new line of clothing that Reto has produced has quadrupled what the team had previously.
If Tuesday night’s party holds any indications, the team expects the new product line to be very popular this year. According to Malone, sales were more than brisk as Reto and the team had to work hard to keep up to the demand as product sold quickly.
Many items from the Silverbacks’ new line of clothing is already available online at the team’s website.