THE KING RETURNS IN AN EPIC “I TOLD YOU SO.” IN THE ATLANTA EPL PREDICT THE SCORE

In what can be only described as proof that proof that some people have the gift of extra sensory perception, QuiQue Park Rovers has rocketed to the top of Atlanta Soccer News predict the Score English Premier League Challenge. The former and current champion has finally come home to his rightful place as Atlanta’s Top Soccer Prognosticator and Guru.

After Paul Kelly aka Johnny Canuk took an early lead at the beginning of the season and a fleeting stay near the top by Imre Pataki, Franklin Young and Ian Wheeler, more formidable opponents emerged like Phil Teeling and Jim Caruso. The league enjoyed the jarring of Kelly and Young early in the season but soon got bored. New comer to the top of the table, Weaux aka Weo Lopez and others in the league went as far as labeling Johnny Canuk as “Irrelevant and tired. We all knew that it was all smoking mirrors and no substance. This is all similar to Dorothy pulling back the curtain and finding the mighty OZ is not so mighty. Marietta Liverpool was exactly like Liverpool…midtable hacks” Weaux made an incredible leap from the bottom of the table to fourth place with a 49 point performance. When asked about was the source of his good fortune, Weaux replied “First of all, there aint no Ba like a Demba Ba Ba.”,( obviously making reference to Demba Ba hat trick) Secondly, I was insulted by Jacob Hoffmeister referring to me as a cellar dweller and I needed to prove to him and myself that I am a contender.”

Quique Lopez, CEO of Panorama Press, a full service marketing company based in Atlanta and employer of the author of this news piece spoke about his methods, “Having predicted the housing crisis, the dot com bubble and the Obama meltdown, predicting that Johnny Canuk and Franklin Young were going to falter was easy. I combine a scientific analysis consisting of very complex mathematical observations and quantum physics with a deep, shamanic trance based on the old knowledge passed own since the beginning of time by my Colombian ancestors. ” 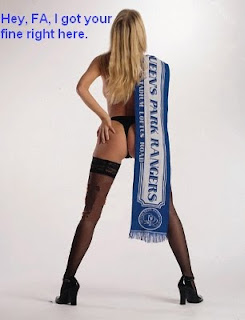 The midweek Champions League matches that saw Manchester United and Chelsea tie and Manchester City lose, will certainly figure in many people’s predictions. How will these teams react? How will their opponents approach their games? The anticipation is nearly unbearable.

Its not too late to join:

Winner will be honored at an all-expenses paid party dedicated to his triumph…a trophy and a cool shirt. Best of all you will be recognized as the supreme soccer sage in Atlanta for that year.

Hammers FC is hammering it on adult soccer tourney this 2021