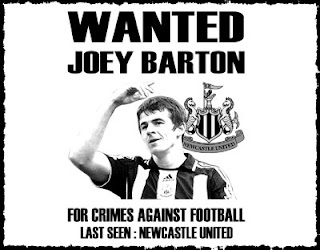 It should be remembered by fans of this league and Atlanta Soccer News that these two managers have a rivalry that goes back a few years now and it’s worth looking at the spate roads these two took to get here. Franklin Young has a storied career as a footballer here in America, having played collegiately, ODP, and serious amateur level soccer throughout the southeast and southwest United States. Kelly on the other hand turned his back on the game for over two decades while he pursued Rugby Union in High School and University and played amateur Hockey (ice) as an adult.

When this reporter asked Franklin Young of Marietta – Liverpool what he thought about Johnny Canuck FC reclaiming the top spot his response was terse: “Early days in predict the score deal….picking scores is nothing but pure luck for the most part….Joke city were very very lucky too”. I then asked if there was some animosity towards JCFC and their manager to get this response: “Couldn’t have said it better myself…and my Reds are gonna feast on the spineless ……..can’t wait”

Later Tuesday I had a chance to catch up with Paul Kelly at JCFC offices. He had this to say about Franklin Young and Marietta – Liverpool. “Listen I said this last week and I’ll expand upon it: My head is in the clouds right now, there are some formidable teams behind me at this point not least of which is Marietta-Liverpool, but there are a lot of good teams and it’s a very long season. JCFC is taking it one week at a time”. When I shared Franklin Young’s comments, Kelly didn’t bat an eye “ Listen. I’ve know frank for a few years. He’s a very competitive guy. I think I know where the venom comes from. It comes from the training ground and a silly competition he established between us regarding nutmegs. Let’s face it he’s right, to hit games at the high level you need to be successful week in and week out you have to have a little luck, but someone once told me lick is where skill and opportunity meet. Are you telling me that Franklin Young thinks he’s any less than that? Not the Franklin Young I know.” When Asked about why the nutmeg competition would have Franklin a bit bitter? “ Hey you know, you make the bet, you set the rules, and then you lose? Well, let’s say it’s an ego thing, he’s the ex-ODP guy”

The Season is just heating up. It’s early and the Manager Head Games have begun. Looking forward to next week’s results of the Atlanta Soccer News Predict the Score Premiere League Competition.

• Here the deal: You pick the scores of each EPL game for each week. You pick the top 5 scorers for that week. You earn points.
• Time: takes 5 minutes a week. ( It takes me less time because I am a soccer sage and a top prognosticator)
• Extras: We will have weekly playing/drinking/discussion events at fields and strategically located pubs. Mostly in Cobb/Fulton County. Weekly winners will be honored and will earn a beer.
• Cost: FREE
• All you need to do to join your league is:
1. Register at http://predictthescore.net
2. Log in
3. Select ‘Mini Leagues’ from the ‘My Account’ menu
4. Enter the code below