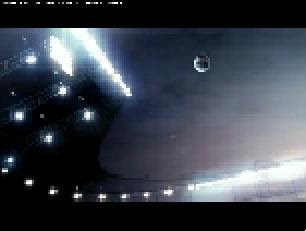 The Spot: Soccer stars imagine the alternate universes they might create with their play—good or bad—in the upcoming World Cup. Will they be winners or losers? Heroes or goats? Adored celebrities or shunned trailer park shut-ins? It can all hang on a single kick of the ball. As the spot closes, the words “Write the Future” appear above the familiar Nike swoosh.

In 1994, when the World Cup first arrived on American soil, Nike’s soccer division brought in $40 million in annual revenue. This year, the figure is $1.7 billion. Together with subsidiary label Umbro, Nike is now the No. 1 soccer brand on the planet. Which is astonishing, given that 1) it’s an American company, and Americans still aren’t fully on board with this frou-frou soccer stuff; 2) Adidas, its major rival in the category, had been synonymous with big-time futbol  for decades—long before swoosh-emblazoned soccer cleats were even a gleam in Phil Knight’s eye.

How did Nike eat Adidas’ home-cooked lunch? It wasn’t by manufacturing better cleats. It was by manufacturing a better image. The fact that a jogging-shoe company from Oregon could establish itself as the world’s dominant soccer brand is the ultimate testament to the power of shrewd, relentless marketing.

Nike clawed its way to the top by employing its gushing cash flow (which stems, in part, from the brand’s 85 percent share of the U.S. market for basketball footwear) to sign expensive endorsement contracts with a slew of major soccer stars. In 2007, Nike bought Umbro—official maker of the England national squad’s uniforms—for roughly $580 million. And now comes this monumental three-minute ad, which is without doubt the most expensive soccer commercial ever made.

It’s also the most entertaining soccer commercial ever made. Helmed by Academy Award-nominated director Alejandro González Iñárritu, the spot is a frenzy of quick-cut, hyperspeed storytelling.  Like Iñárritu’s movies (Babel, 21 Grams, Amores Perros), the ad jumps lithely among multiple plotlines.* But while Iñárritu’s feature films often substitute temporal disorientation for a well-devised narrative, and soapy melodrama for gravitas, here the bouncy mood and compacted running time are a perfect match for the director’s over-the-top impulses.

We begin with what appears to be a standard big-budget soccer spot. Ivory Coast star Didier Drogba charges up the field, making a few nifty moves in slow motion before unleashing a shot that appears destined for the back of the net. At the last moment, Italian defender Fabio Cannavaro bicycles the ball away, preventing a goal. The famous athletes, the high stakes, the cranked-up cinematography—to this point, it could easily be another snoozy, big-budget Adidas ad. But then the spot takes a left turn: We cut to Bobby Solo, the Elvis of Italy, crooning an ode to Cannavaro’s exploits while sequined dancing girls re-create the balletic kick on a TV variety show.

From here on, the ad offers a series of richly imagined realities. In the funniest of these, English star Wayne Rooney envisions two divergent futures. When Rooney makes a bad pass that gets intercepted, it triggers a downward spiral that concludes with him living in a trailer park, bearded and fat, eating beans from a pot and earning his living as a groundskeeper for a minor league soccer team. When he recovers the ball, his fortunes reverse—the FTSE soars, he’s knighted by the queen, and he calmly whups Roger Federer in a game of table tennis.

The whole spot is packed to its seams with inventive wit and dazzling cameos. When Ronaldinho jukes an opponent with a stutter-step jig, we watch a clip of the move rack up YouTube views, become the basis of a “Samba-robics” exercise video, and get paid tribute by Kobe Bryant as he celebrates a game-winning jumper. Later, Cristiano Ronaldo fantasizes that a successful World Cup will land him an appearance on The Simpsons (he nutmegs Homer, who exclaims, “Ronal-d’oh!”) and make him the subject of a blockbuster bio-pic starring Gael García Bernal.

Only Nike has the juice to throw together this sort of multi-sphere star power and then buff the production values to such a glitzy sheen. The ad took a year of creative gestation from Nike’s genius ad agency, Wieden + Kennedy, followed by three months of camerawork and editing. It was filmed in locations including England, Spain, Italy, and Kenya. While Nike won’t disclose its budget, I would not be surprised if the cost to make this three-minute spot was on par with the outlay for at least one or two of Iñárritu’s feature-length films.

And yet the joy is entirely in the small details. Rooney’s ginger nest of a beard. Or his tuxedoed ping-pong interlude in a wood-paneled rec room. English fans will instantly recognize that the billboard hanging above Rooney’s squalid trailer, cruelly taunting him (it’s a photo of French star Franck Ribery, with the Tricolour flag painted on his naked chest and arms) is a clever parody of an actual, well-known Rooney billboard in which the Brit posed with the St. George cross splashed across his pecs. Even non-soccer fans, who may not catch all the references, will deduce that loving care was poured into each frame of these 180 seconds.

According to Nike, the ad has notched 12 million YouTube views so far and another 17 million views on other Web platforms. It has aired in its entirety on TVs in more than 30 countries, and has appeared at least a couple of times on ESPN here in the States. The multiple story lines will allow for a jumble of re-edited 60-, 30-, and 15-second versions, which will pop up throughout World Cup broadcasts.

Perhaps longer ads have been made. Perhaps more expensive ads have been made. But when this spot first showed up on my TV, as I was watching SportsCenter late one night, I thought to myself that I couldn’t remember having ever derived more exhilarating joy from a TV commercial.

Grade: A+. I even love the soundtrack, a remix of a yodel-infused instrumental rock tune called “Hocus Pocus,” by Dutch band Focus (check out this jawdropping live performance from 1973). It’s unfortunate that a couple of the featured players may not actually appear in the World Cup–Drogba was recently injured and his participation is still in doubt, while Ronaldinho got cut from the Brazilian team—but these are the vagaries of big-time soccer. It’s also unfortunate (for fans of great ads) that Nike didn’t air this spot during February’s Super Bowl, which lacked in the epic advertising grandeur we crave from the NFL’s big game. Maybe it was too soon to begin ramping up the World Cup hype. Maybe it was too costly to buy three minutes of Super Bowl airtime. Or maybe Nike worried that America couldn’t endure the shame of watching futbol out-glam football.